A pathway to bridge the climate neutrality, energy security and sustainability gaps through energy sufficiency, efficiency, and renewables

négaWatt is working with a network of key European organisations on the construction of a European energy and climate scenario that evaluates all potentials for energy demand reduction (sufficiency and efficiency) and renewable energy development. This “Collaborative Low Energy Vision for the European Region” (CLEVER) will be as ambitious as possible, aiming to meet the EU targets on greenhouse gases, renewables and efficiency for 2030 and 2050 at the minimum, and carbon neutrality as early as possible in line with the 1,5 degrees objective.

English subtitles are available, please activate them in the video settings.

The implementation of the Paris Agreement is calling for reinforced action in all member States. At the European level, reaching carbon neutrality by 2050 will require an ambitious and coordinated energy transition strategy.

The European Green Deal and Fit for 55% package are great opportunities to do so. Until today, at the European level, no energy transition scenario has been constructed in a bottom-up manner, starting from national trajectories. We aim to achieve the first supranational scenario that reconciles the need for ambition heightened by the climate emergency, with the technical, societal and political feasibility of the necessary transformations, supported by genuine policies targeted to this end.

An ambitious methodology based on the sufficiency, efficiency, and renewables framework

The CLEVER scenario will focus on the question of energy sufficiency : how can we rethink and redesign individual and collective practices to favour activities and services that are intrinsically low on energy use ? The sufficiency potential is enormous at the European level but is rarely considered – or highlighted- at its full scale in European decarbonisation pathways. With this work, we hope to show that a comprehensive policy articulating sufficiency, efficiency and renewable development is key to reach the 1,5°C climate goal.

A scenario built on national characteristics

This project is based on a unique approach : the CLEVER pathway is being developed through a dialogue with national scenario makers in order to aggregate national visions into a European one and thus increase its credibility/feasability. The CLEVER pathway will fully take into account national specificities while also looking at optimisation gains of a coordinated action at the European level.

A European network of technical partners

This project is led in collaboration with a network of national and European organisations. Since 2018, the national partners have been engaged in a technical dialogue to ensure the collective development of this project.
This dialogue has allowed them to question their work and modelling approaches, and share best practices, which results in built-up capacity and raised ambition. Thematic working groups and methodological meetings have also been regularly organised. Through this network, partners have been able to share information on the ways policies or actions are being implemented in different member States, and how setting conditions may vary from one region to another.

The network includes more than 24 partners from 20 European countries, with different levels of involvement in the project (active partners working on bottom-up trajectories/commenting partners/observing partners). 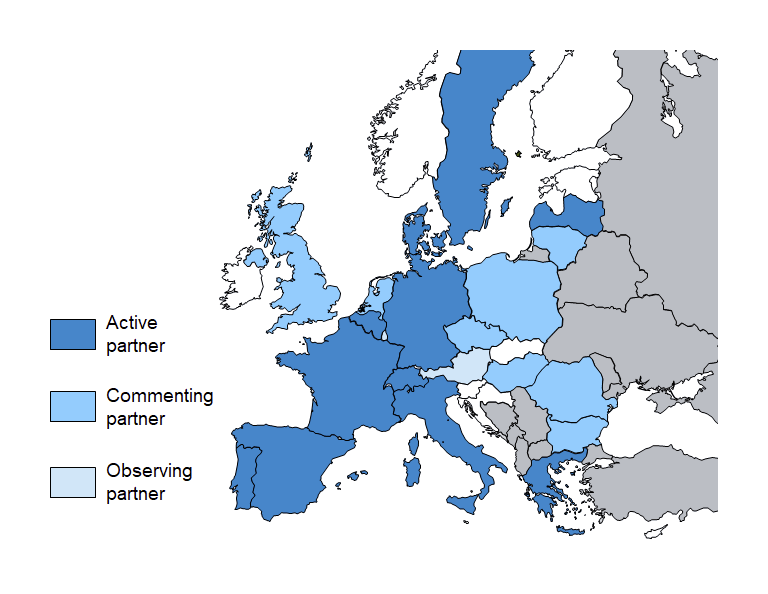 négaWatt and its network of partners are looking for additional funding to complete this budget.

PLEASE CONTACT US should you wish to receive news from the project !

The project is led by the negaWatt association. Founded in France in 2001, the association is managed by a group of over twenty-five energy experts and field practitioners with complementary sectoral expertise and gathers more than 1.200 members. With strong experience in prospective study, negaWatt has built a unique methodology to analyse the energy system through energy services. It has resulted in the construction of the most ambitious and comprehensive scenario in the country – often referred to in the national debate.

negaWatt is one of the key actors in Europe working on energy sufficiency. The negaWatt scenario has been recognised as one of the most in-depth work and comprehensive analysis of the integration of energy sufficiency in climate strategy in Europe[1]. The association works closely with key decision-makers in France (Institutions and economic actors) to exchange expertise and promote coherent measures and policies.